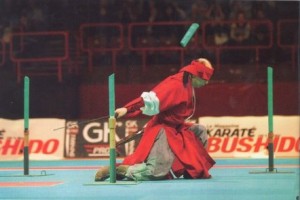 (Above photo taken in Paris, France, 2011 at the Paris-Bercy Martial arts Festival)

2th EU Haedong Kumdo Championship in 2013 will be held in Paris or Montpellier, France,

which will be hosted by French Haedong Kumdo Asociation.

Schedules in details for this HK events including Black Belt Test

and other many kinds of HK training with Chong Jae Nim, Kim Jeong Seong and his instructors,

who is the president of United World Haedong Kumdo Federation, will be posted soon.

We do expect that Haedong Kumdo Members including Grand Masters , Masters, Instructors,Black Belts,

which will be held in Montpellier, France.