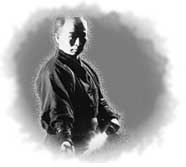 The techniques of our sword are not only one of most important  skills for fighting but also a drill for defending oneself and defeating opponents.     By improving physical strength, one can exercise endurance.

By practicing the constant changes of subtle acts, the posture become refined and cultivates one’s mind into a noble state of one’s spiritual and physical   balance, physical fitness.