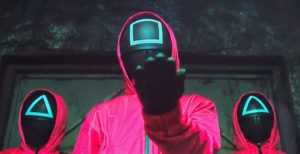 As we welcome the New Year of the Tiger in 2022, wishing Haedong Kumdo families around the world to always be healthy and have blessing days all the time. I am going to briefly explain the Circles, squares, and Triangles that can be seen in the movie of “Squid Game” is at the peak of popularity worldwide these days. 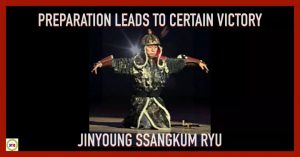 From now, let me explain about the implied meaning of the Circle, Square and Triangle of that Movie, “Squid Game”. It illustrates in a plane figure the principle of Nature. Once you can understand it, it’s simple and straightforward.

Although it may be expressed as a very profound philosophical thought, once you know it, you can see that it just explains one principle. Let’s have a look at it, then, you may have your own thoughts.

First, let’s take a look at why the laws of nature could be represented with each figure as follows. It is not always enough to explain by my idea, and it can be explained differently depending on each person’s point of view. However, the basic principle should remain unchanged. Let’s get to the point now. 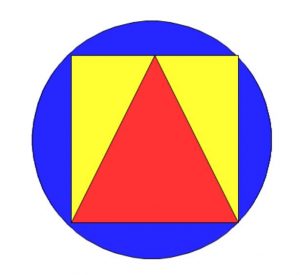 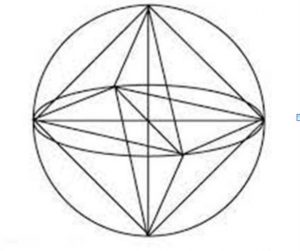 You need to consider and think it as also a three-dimensional figure, then you may understand clearer and livelier. So infinite circles will be made as you see the below.

First of all, everything starts from my mind in daily life.

Let’s mark the point where I am; a starting point.

I think and decide the direction of where I want to go; direction setting

The direction changes with each moment of judgment

with my mind; angle formation

A line connecting each end’s (red dot) points of infinity becomes “A circle” which means “The Whole”; substance itself. you can also draw infinite circles in the solid figure. 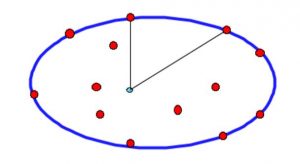 Human beings who think and move infinitely in it

If you connect the endpoints of the angles created through a point,

you get “a triangle”, which can be described human as a objective moving in life or making lines with endless angles, you can also draw infinite triangles in the solid figure. 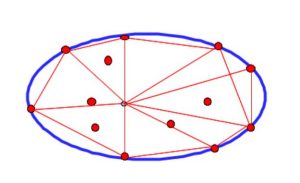 If you connect each movement’s end points of where do not pass the starting point of human movement (or around it), it becomes “a square”

That is, triangles are formed in the square, and they are contained in a circle.

So you can also draw infinite squares in the solid figure. Here, when human movement makes a triangle, it has two point from the center of starting point, so it means the connection combined do not pass over the starting point, which is just Foundation itself. 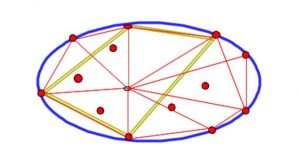 In the end, the square becomes the basement for human movement, which can be an earth. The life of human beings working on it goes through the starting point in the circle. According to each person’s mind, the direction and angle are formed and can be described with a triangle. In other words, the triangles can be viewed as the movement line of all moving living things.

As long as a human being has a body as a machine, Myself should be the main character of the world, that is, who will be the objective in this world. Whatever I do is up to my mind, and all the results come from me. There are many kinds of play that contain this principle in Korean traditional games, even we can find it into the Korean flag. If there are any kinds of questions or opinions, you may contact with me and talk some anytime.

Welcoming the new year of Im In-nyeon (Tiger in Korean), it also makes us contemplate a bit deeper again what to do in preparation for next 10 years for better next step, as we do not forget well that many years in the past have been becoming what I am now. 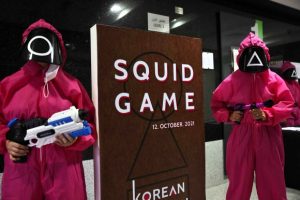 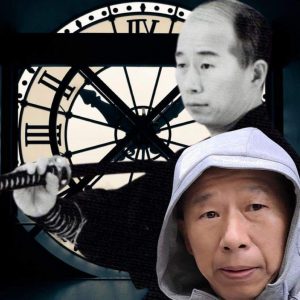 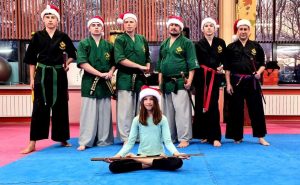 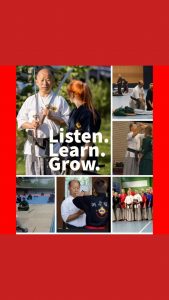 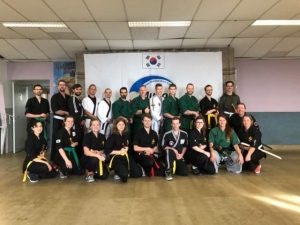 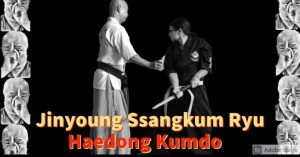 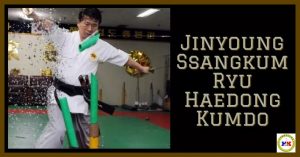 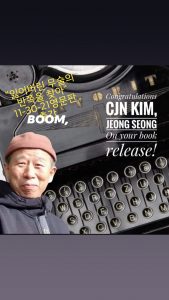 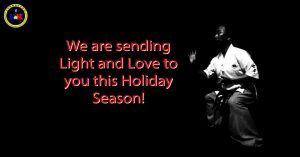 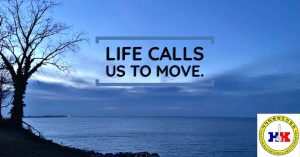 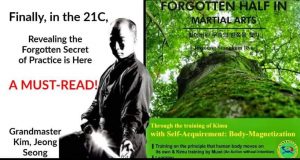 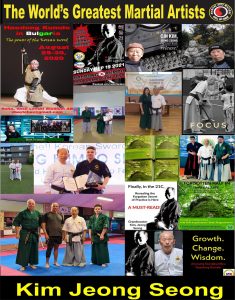