and its dissemination in about 50 countries

■ Many TV appearances in many countries

■ Irish Prime Minister and many letters of appreciation from many countries

■ “Think out of the box” through Haedong Kumdo Training

● Overseas activities began with seminars and demonstrations at the Tulsa Convention Center in Oklahoma, USA in 2001 which was first official JSKR-HK seminar, and after a traveling seminar in the United Kingdom in 2005, followed by a series of overseas events in South Africa, the UK and the Netherlands in September of that year, which have been made Haedong Kumdo establish a bridgehead in EU, since then, Jinyoung Ssangkum Ryu HK in the martial arts with spiritual culture & philosophy are still being distributed throughout the world.

This event made the tour stopped in Brasil, Canada, Germany, Turkey etc. at same year to inform and make some briefing presentation.

About 600 player and 400 domestic and foreign guests over 20 countries were invited, and in July of the year 2009, it was finished successfully at the Dongui University Indoor Gymnasium in Busan.

Before its opening ceremony, a promotional video was aired on KBS TV for a month. (Also Broadcasted on KBS, YTN, KNN TV nationwide on that day which are biggest main TV Channel in Korea)

● Every year, it is spreading in about 6-10 countries throughout the world through such kind of events like championship and seminars etc.

This dissemination is my mission while living to deliver “Love” which is the starting and ending point in life in order to build “Sound Body, Sound Mind” that I have been learning from nature so far.

Teaching Martial arts by the principle of nature is to promote health & happiness which will lead our better life in quality, surely with better training in the martial arts.

National and international workshops throughout the world along with the introduction and demonstration of JSKR Haedong Kumdo through local TV and other media, in the end, informing and teaching how to improve and enhance morals and humanity through Jinyoung Ssangkum Ryu, so that they can get to understand what the reality and essence of human life under one principle in nature which will be best in both martial arts training and life.

Awarded a letter of appreciation from the Prime Minister (Prime Minister), directly read and delivered by the mayor of Castlebar (Oct. 2013)

◾ The numerous plaques of appreciation which were meaningful moments in each country.

In Korea, unlike the way that the existing Haedong Kumdo was advanced, the two swords system with Kimu training which is Jinyoung Ssangkum Ryu, its methods passed down from the old times, especially which made meditation and breathing training suitable for the present era of the 21st century with ease and simple, and also its purpose is to cultivate a sound body, human morality and humanity by teaching the principles and laws of mental and physical activation and healing etc. through Kimu training along with physical one.

◾ Championships for making strong body with competition at gym and

Performances for cultivating creativities with showings at the cultural center hall

which will be held once a year.

◾ The first performance of Haedong Kumdo

Vol. 1 “Think out of the box through Haedong Kumdo Training”

Published in English, has already been distributed all over the world.

The French version of Haedong Kendo textbook (2013) published in France.

◾Overseas TV broadcasts, newspapers, magazines, and many interviews and so on

-. Sept. 18th – Oct.13th 2005
During a tour in South Africa, the UK, the Netherlands, and China,
Haedong Kumdo Seminars and 2009 World Champ presentation
was given in each country.
Also South African event camp training aired on South African national TV

-. Nov. 1st – 17th 2012
Meeting with a director of Tulua sports committee in Colombia. Broadcasted Haedong Kumdo Introduction and Interview with him on Tulua TV

-. Sept. 20th 2016
At the Moldova Chisinau National University of Sports gave a lecture about a principle of nature, “Love”.

Contributing to the cultivation of morality and character for trainees around the world through physical strength improvement and understanding of the principle, law and truth of nature for better life in quality. 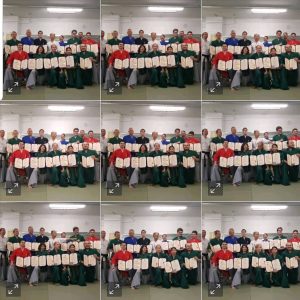 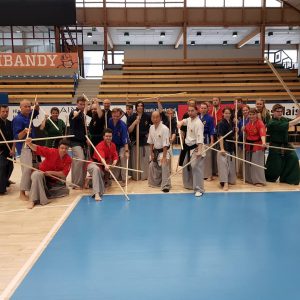 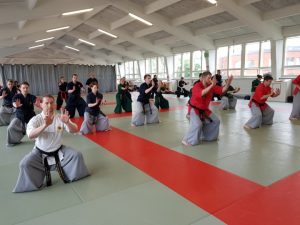 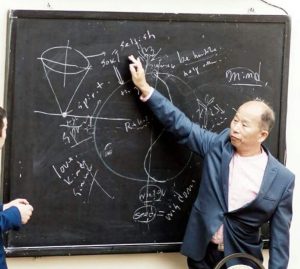 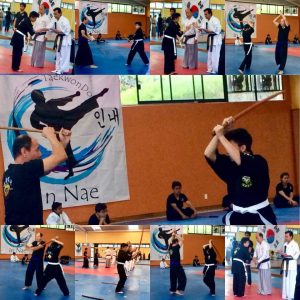 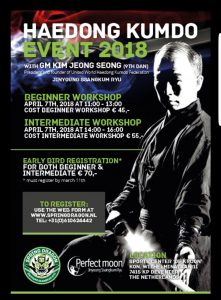 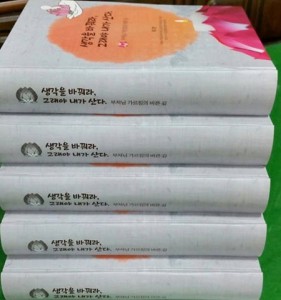 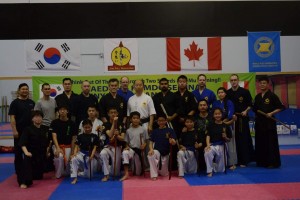 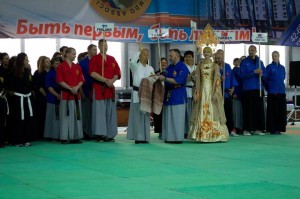 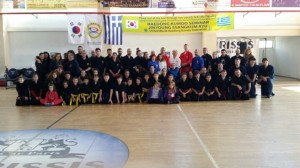 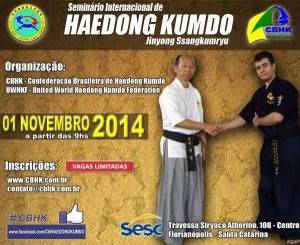 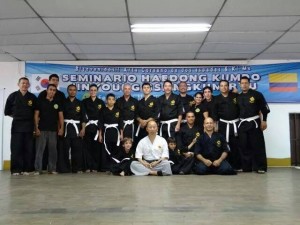 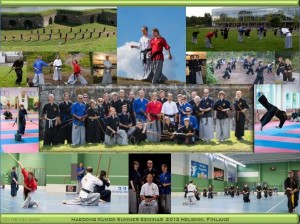 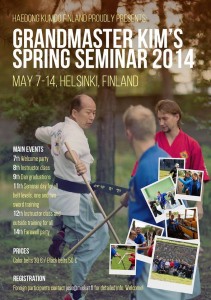 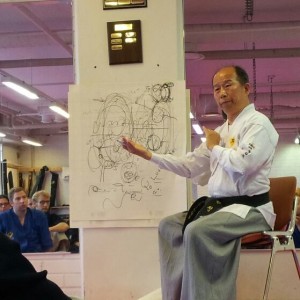 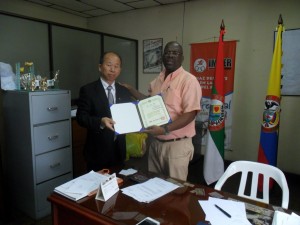