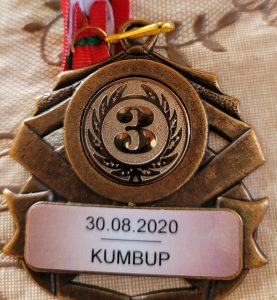 I had virtually not much spare time during the previous several days such that, I had no chance writing down my report on the recently concluded first visit in Bulgaria of the President of the United World Haedong Kumdo Federation (UWHKF), Grand Master Kim Jeong Seong (9th Dan), which was initiated through an invitation of the Bulgarian Haedong Kumdo Association.

The goal of this visit was a workshop and seminar with those training the martial art of the Korean sword in Bulgaria.

There are not enough words to describe the close encounter and all the detailed instructions we have received from this true master and founder of the Korean two sword school.

During the extensive in training practices seminar, Grand Master Kim has shown various important techniques and to name a few:

– Some specifics to the performance of the traditional Ssangsu and Ssangkum Kumbup forms with one and two swords; 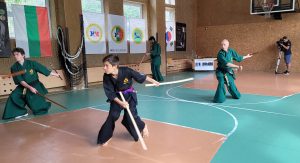 – Highlights on the execution of some basic sword techniques;

– Practical exercises with the energy practice Kimu and the symbioses between our body and the energy we receive through nature; 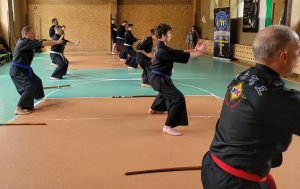 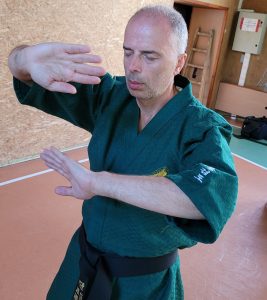 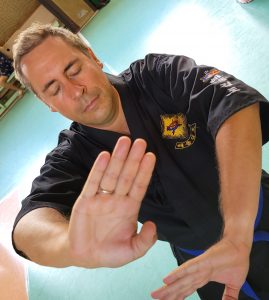 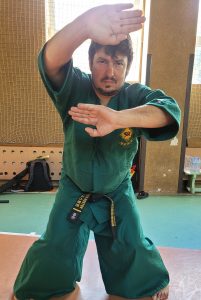 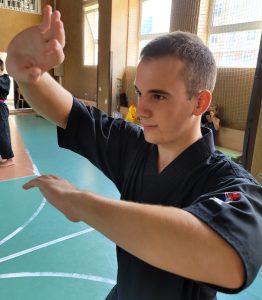 – Techniques for cutting a projected object or thrown from a sitting stance;

– Some practical guidelines and exercises with the advanced HK practitioners when performing the Yedo forms, as well as many, many other highlights and details.

Towards the very end of the seminar, all participants took part in the first Bulgarian internal championship in Haedong Kumdo with direct elimination in the following 4 disciplines: 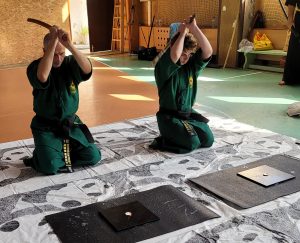 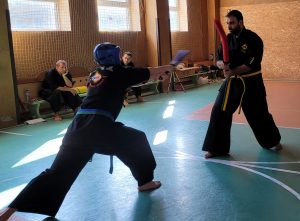 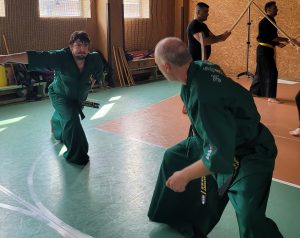 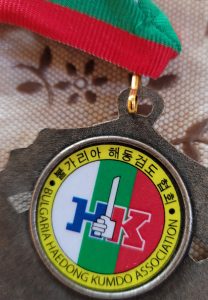 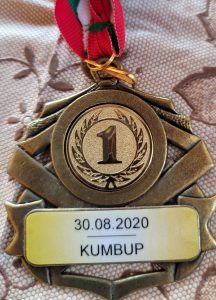 During the first day of the seminar The Bulgarian TV channel and media “Bulgaria On Air” shot an extensive TV report on the seminar, as well as took an interview with GM Kim for their specialized TV section on martial arts Boec.bg, whereas all will be aired during their next broadcast.

Unfortunately, due to several flight cancellations which had eventually completely messed up the initial agenda, Grand Master Kim did not succeed visiting the traditional summer sports camp of ABC Flight Club, where we had the initial plan to share some further Haedong Kumdo techniques to all of the sports camp participants, but we do believe this will eventually and hopefully take place next year. Nevertheless, at the very end of his stay, GM Kim has managed to meet shortly with the President of ABC Fight Club, Master Krasimir Gerginov (7thDan ITF), who was the first instructor and pioneer to popularize the Korean martial art Kumdo in Bulgaria and was the initial sparkle that lighted up the passion in our group of enthusiasts ever since that beginning.

For his undoubtful and significant help in promoting of Kumdo training in Bulgaria, GM Kim has awarded Master Gerginov with a Letter of Appreciation and an honorary black belt. 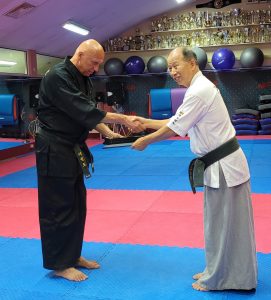 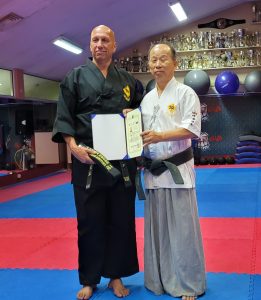 Besides everything said and stated above and during the several lunch and dinner gatherings with members of HK Bulgaria, Grand Master Kim has proven himself as a great entertainer with superb sense of humour. He also managed to visit several memorable Bulgarian landmarks no matter the very limited free time we had available.

The Bulgarian Haedong Kumdo Association wishes to express its sincerest gratitude for their kind support to “SportLab” Ltd., as well as all other friends who helped and supported us in making all this happen.

We should also give special thanks to the University of Telecommunications and Posts and Boris Stanimirov, who have enormously supported us by providing and allowing us to conduct our seminar in their University’s sports hall..

Having said and written all of the above I want to personally congratulate all participants for their exemplary attendance during the seminar, for all their efforts and endeavors, for all the humble but first such medals they won, as well as for the great mutual pleasure of training Haedong Kumdo together. 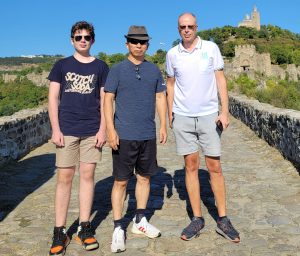 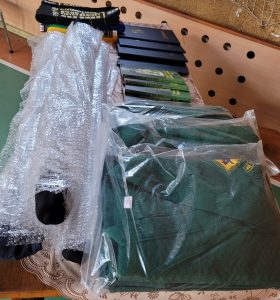 Innumerable thanks to Grand Master Kim Jeong Seong for all his teachings, guidelines and shared knowledge and experience.